George Mewes loves nothing more than sharing his passion for farmhouse cheese in his shops in Glasgow and Edinburgh. Typically, the stores are overflowing with customers sampling cheeses, chatting and having a good laugh with the staff.

But 2020 was different. Although George kept the shops open throughout the pandemic, with only one household allowed in at a time the usual buzz was missing. Despite George’s own disappointment, customers were impressed by the extraordinary service that the team provided throughout the lockdown. George Mewes Cheese went the extra mile to serve regulars and welcome in newcomers and to continue its ardent support and representation of artisan cheesemakers in Scotland.

“We have had a lot of positive feedback of how lucky the customers are that we’ve stayed open and the service that we’ve given them,” George says. “We’ve worked hard.”

“We all have to work together”

When the pandemic first hit the UK, George Mewes was quick to realise that with restaurants and hotels shut, cheesemakers would be hugely impacted. “We spoke with several cheesemakers and our suppliers about the volume that they had to shift,” he says. Once the team had identified which cheeses were at risk of going to waste, they cut prices in order to keep stock flowing out the door.

He recognises the role his shops play in the lives of his customers as well as his suppliers. In addition to cheesemakers and dairies, George Mewes Cheese supports a number of local producers in Scotland, from chilli jam makers to creators of Scottish tablet.

“This is their livelihoods, so we make sure that we’re supporting many small producers. We all have to work together,” he says. 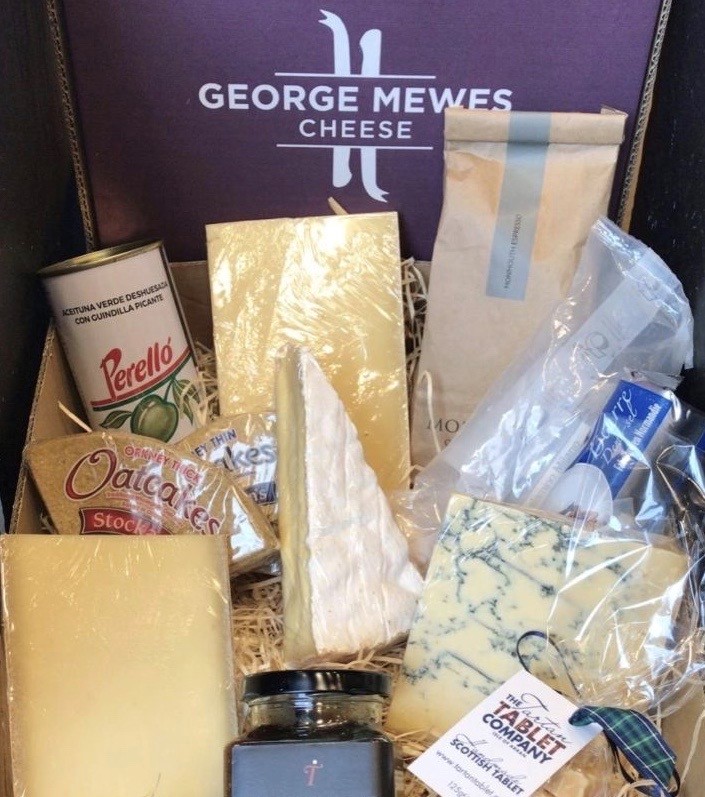 Getting the word out

Although George has been able to keep his shops open throughout the pandemic, staying in contact with his customers has meant shifting more towards digital means of communication. “We have been very proactive when it comes to Instagram and Facebook and Twitter,” he says.

The shop also has a weekly newsletter, which is filled with information about its cheeses in order to educate and excite customers about local Scottish varieties. But while these ventures have been successful, for George nothing will replace the experience of sharing the joy of cheese in-store. “I love being face-to-face with the customers and seeing their impression when you give them a taste of something because you believe it’s so good. Because you believe that these cheesemakers are one of the hardest workers in the whole UK,” he says.