While cheesemongers across the UK worked to support the troubled British cheese industry following the emergence of Covid-19 in early 2020, the domino effect was arguably kicked off by Neal’s Yard Dairy, who partnered with Jamie Oliver to launch the inaugural British Cheese Box – which has since gone on to inspire other like-minded businesses to do the same.

Although potentially the biggest wave-making initiative by the business in recent times, Neal’s Yard Dairy has always been a trailblazer when it comes to supporting the British specialist cheese sector. “Our unofficial mission statement is to improve British cheese,” says Jason Hinds, sales director at Neal’s Yard Dairy, and with its founder – Randolph Hodgson – being himself a cheesemaker, it was only natural that the business would be run with true empathy for the cause.

“It was a lonely path for a long time,” explains Jason, as Randolph was alone on his quest to support specialist cheesemakers following the demise of the sector after the war, rationing, and the emergence of supermarkets (which hadn’t recognised the value of artisanal cheeses until a decade ago).

“Randolph was launching the business at a time when British cheese was largely unknown by consumers,” says Jason, “and drove around the UK looking for great cheeses, bringing them back to stock in his shop when he particularly liked them.”

Fast forward to 2020 and the advent of the Covid-19 pandemic, and this proactive approach is still alive and kicking at Neal’s Yard Dairy. “By the end of March it became clear to me that, as a result of restaurants closing, there would be a lot of cheesemakers struggling to sell their cheese,” explains Jason. “We had to find a way to sell specialist cheese to a new market, and it struck me that the only way that the cheese building up in store rooms could be sold was if the consumer was engaged.” 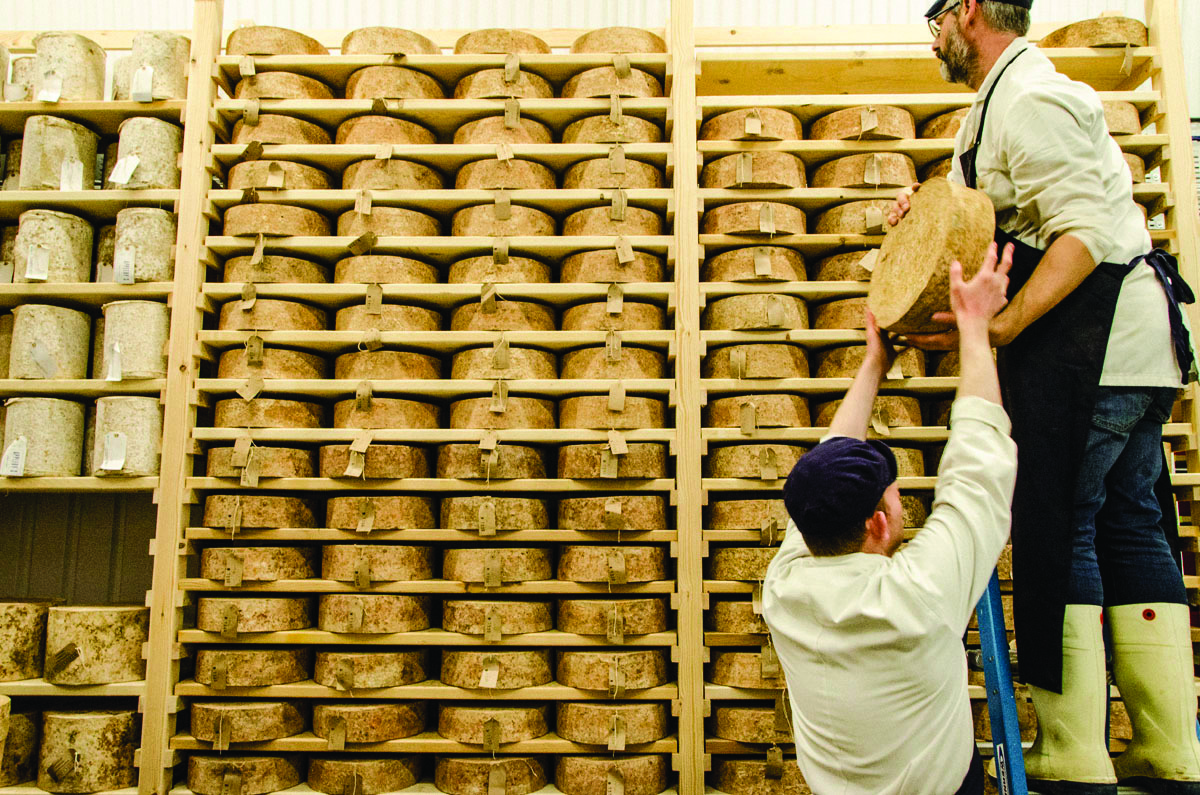 A project of this size required a big name. “Jamie Oliver was the only person I knew who could help me do this – he’s been a great champion of British cheese for a long time, and has an incredible number of followers – and at 7am on the last Wednesday of March, we finalised our plan to sell boxes of British cheese directly to consumers.

We were up and running in 10 days, and by the end of April we had sold around 14 tonnes of cheese to consumers.” This reactive initiative was a huge success, inspiring cheesemongers across Britain to set up similar projects, and getting UK consumers to connect with the industry – Jamie’s social media team received hundreds if not thousands of messages from consumers, saying that they never knew cheese could taste so good.

Not only was there a groundswell of support from consumers, but they were spending their money to support struggling cheesemakers. “This incredible support from the public made cheesemakers realise that outside of this wall of silence – a result of their usual customers being out of business – there was an incredible will for them to survive,” Jason says.

Neal’s Yard plans to continue working with the cheese box model, and has expanded its offering to include a cheese box subscription – allowing it to support a further 18 struggling cheesemakers. “It’s clear that consumers like to discover cheese in this way,” says Jason, “and it allows us to provide a chunk of cash for cheesemakers who otherwise wouldn’t have it.” It will continue to be reactive to what the industry needs at any given time, too, communicating with cheesemongers to uncover the businesses which most require support and working directly with them.

The importance of cheesemongers

“If you don’t have cheesemongers to champion the story, provenance and quality behind a specialist cheese, and why it costs more than standard cheese, the message isn’t going to get out to consumers,” Jason says. “Supermarkets aren’t going to spread the message, and don’t necessarily believe in it. Cheesemongers are absolutely critical - they are the most important and undervalued link in the food chain.”