“Advice to my younger self” 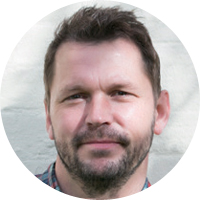 Nature is my passion – it has been my obsession for as long as I can remember. My parents moved back from London to the beautiful Essex countryside when I was only three, but even then it felt as though a whole new world was opening up for me. When I was old enough, I kept ferrets, birds and tropical fish and went to work in the local wildlife park. From then on, I never looked back. I studied hard and immersed myself in the world of insects and animals through A-levels to a degree and even embarked on a PhD. But somehow, despite years of studying wildlife, I ended up working long days in London in an office job, catching the tube home late at night, exhausted and craving fresh air instead of city smoke and dust. I yearned to get back to a more wholesome way of life. So, I made a momentous decision. It was time to take some risks, go the full monty, pack up my London life and embark on a big adventure

My plan was to start and run my own farm, producing free-range, rare-breed pork of the highest quality. The pigs would run wild-free through an ancient, shaded woodland and would be sold through a traditional farm shop situated in a crumbling cattle barn. The only problem was, I had no ‘official’ training in farming and the farm had been derelict for the past 15 years. To say things were absurdly difficult would be an understatement.

When times were hard they were desperately hard, but with a passion for good, honest food and a burning desire to return to a life of simple pleasures, I somehow kept going. I know now, with hindsight, that to really follow your dreams you must have a firm belief in your planned project along with optimism and a good sense of humour.

The rest, as they say, is history. The working farm is thriving with rare-breed livestock, from our distinctive Saddlebacks and Gloucestershire Old Spot pigs, to our glorious herds of Dexter, Highland and Red Poll Cattle. Our online butchery is doing a growing trade and the farm shop is booming. Our Farm & Wildlife Park now has its zoo licence and is saying hello to lots of new and exotic animals such as meerkats, wallabies, ring tailed coatis, raccoons and even Teddy, our brand new tapir from South America.

The last 15 years have seen many changes happen on the farm and it certainly has been a learning experience. Farming can sometimes be a difficult concept, all the ins and outs could put one off even considering a venture like this. But there is a lot to be said to entering in to a life such as this with a level of naivety, which can actually prove quite beneficial!

If I were to give advice to my younger self embarking on this new venture, I would say never be afraid to ask for help, stick to your core values, try and focus on one market at a time, which sometimes isn’t possible when you need to maximise your revenue streams as much as possible. Don’t worry about what your competitors say about you, do your research and value your own time. Instead of spending two weeks bashing in fence posts, pay someone else to do it and you can then spend more time in the butchery making sausages and bacon. Think about your USP and don’t become lost in a sea of faceless commodities.

But most importantly, the advice I can’t stress strongly enough, make sure you check the oil in the tractor!

more from On The Farm